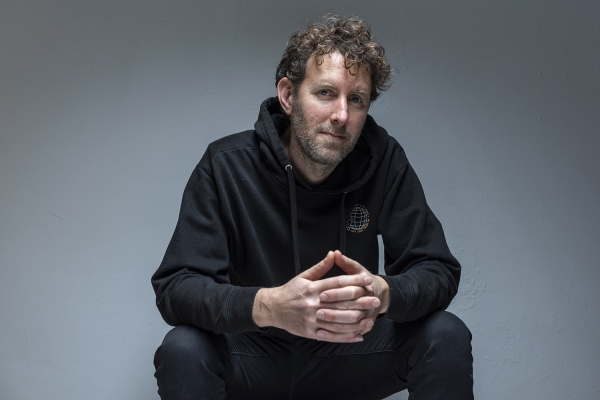 Meem (Michael Moebus) is a celebrated music producer from Sydney, Australia. Credited as a pioneer in electronic music making in Australia, he has continually brought a fresh angle to the world of sample-based beatmaking since his first release in 1998. The music is unique, diverse and fun. From roots in electronica, Meems music has gradually evolved into a more organic sound, borrowing heavily from funk, soul, jazz, disco, reggae, hip hop & boogie.

With 6 critically acclaimed releases under his belt, he has also remixed numerous artists including Mr Scruff (featuring Roots Manuva), and the ARIA award winning track ‘Sweetness and Light’ by Itchie & Scratchie.

Meem has performed live at some of Australia's biggest music festivals including The Big Day Out, Sydney Festival, Vivid and Parklife. Meem has also supported many international heavyweights such as Thievery Corporation, Groove Armada, Jamie Lidell, M.I.A, People Under The Stairs, Girl Talk, The Bamboos and Sharon Jones & The Dap Kings.

Countless performances in Australia have taken him from Art Galleries, and Museums to Street Parties, illegal warehouse spaces, bush parties and even once in a squash court. Internationally he has taken his sounds across America and Europe, to the Mission in San Fran, underground radio in L.A., Brick Lane in London, clubs in Manchester, summer festivals in Bulgaria, and ex-military compounds in Croatia.

Thank you! Please check your email and confirm the newsletter subscription.